How Drones can be used, with Jacques Lourens : Ep 128

Telana explores with Jacques Lourens the good, the bad, the ugly and even the beautiful of drones, also known as unmanned aerial vehicles (UAV’s).   They discuss the technology, from the cameras to 3D robotics; the risks involved; and also the application of drones in the areas of: 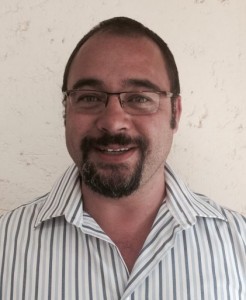 Jacques and Wesley became friends in High School back in the early 90’s. They both studied at the University of Pretoria and stayed at the same resident. They proudly installed the first computer network in the residence. Jacques decided to go and see the world and ended up teaching in the UK for 9 years while Wesley started a very successful career as a network engineer. During their time apart both became RC enthusiasts.

In 2009 Wesley was challenged by his CPF to get a camera in the air for surveillance.

Early in 2010 Jacques returned and they came together sharing a deep belief that UAV’s (unmanned aerial vehicles) would fundamentally change society in much the same way as the car or personal computer did. Since then they have been developing, testing and delivering high end aerial systems that are easy to use. These systems are specifically aimed at a variety of relevant Southern African challenges.

They started EasyUAV with the following vision:

Integrity, quality and safety are the key pillars that EasyUAV have based our business on. We have a strong belief that personal / commercial UAV’s (Drones) have a massive role to play in society. EasyUAV supplies this game-changing technology within South Africa and neighboring countries.