How studying sport can teach us about life: Rebroadcast Episode 14 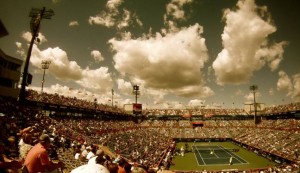 When we hear of a sports hero who has broken a record, or our favourite team wins a world cup event, we get so excited. There is something about a person being able to perform at such a high level, that amazes us!

With Telana is Tim Goodenough, a Meta-Coach who specializes in working with Elite Athletes and sports teams, and who wrote the book ‘In the Zone with South Africas Sports Heros’ with co-author Michael Cooper. And Jody Martins, who’s also a Meta- Coach and who has been coaching cricket for over a decade.

Tim interviewed 17 of South Africa’s top athletes and analysed their mental skills, looking for what supported them to achieve such high levels of performance.

[This is a rebroadcast of the episode 14 from November 2011] 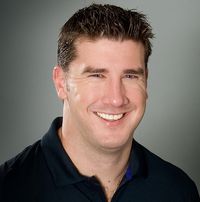 Tim Goodenough is one of approximately a dozen coaches around the world to hold the advanced Professional Certified Meta-Coach (PCMC) qualification. He also holds a trainers qualification in both NLP and Neuro-Semantics. Tim was part of the Neuro-Semantic Global leadership team which leads 280 NLP/NS Trainers and 1200 Coaches in over 37 countries.

Tim specializes in high performance, both in the corporate world and the world of elite athletes. Tim was the full time mental coach for The Sharks during their 2008 Super 14 rugby campaign. And more recently has worked with the SA Men’s and Women’s Field hockey teams and the Irish Men’s and Women’s field hockey teams. Tim lectures on mental toughness at The Sharks Academy and the Investec International Rugby Academy as well as for Cricket South Africa. In 2007 Tim co-wrote “In the Zone with South Africa’s sports heroes” (2007: Zebra) and in 2009 he co-authored a book on working with teams, “Team Coaching: Artists at work” (2009: Penguin) a collection of strategies and models for working as a team coach in different environments. His latest eagerly anticipated book, “Raising Talent: How to turn potential into performance” was released in 2012.

In the corporate world Tim works as an Executive Coach for CEO’s and senior management on an individual and team level. During Tim’s corporate career he worked at Standard Bank as the Senior Manager for Talent Support in Personal and Business Banking and was part of the Leadership Development, Coaching & Mentoring Unit. Tim looked after Executive Coaching and Mentoring for Personal and Business Banking, as well as designing and facilitating coaching and mentoring workshops and training and assessing external facilitators. Tim sat on the Standard Bank coaching accreditation panel.

Tim has co-developed a truly dynamic and unique High Performance Team Development Model called the iTeam which is used to reveal, understand and enhance team dynamics and team performance. 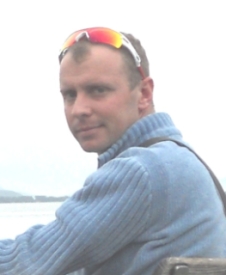 Jody is a Dream Coach with transformational tendencies, yes you read that correctly! He is passionate about people and very curious as to how hey reach their goals and dreams and how they do the things they do in this world, achieving excellence.

His unique life experiences, both personally and through sport, have provided him with skills to facilitate others, bringing out the best in people, through coaching and training individuals and teams. He is expanding his experience into the areas of personal coaching helping individuals in work and life, and focuses in the areas of sport, families and kids.

He is a member of the MCF (Meta Coach Foundation) and the International Society of Neuro-Semantics. Jody is co-leading the Neuro-Semantics School Project which is being piloted in South Africa. He was the chairman of the Gauteng Cricket Coaches Association for a period of 3 years.

Besides coaching and training, Jody is passionately seeking about the change he wants in his own life. He is always keen to explore, learn and be challenged. 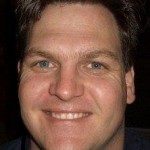 Previous post
The role of Fathers in changing society: Rebroadcast Episode 65
Next post
What’s possible with a million matchsticks? With Pat Acton : Episode 132