“The high cost of cheap gas is a feature documentary about the latest facts surrounding this controversial industry. Created by journalist Jeffrey Barbee and human rights lawyer Mira Dutschke.  It was compiled with the help of hundreds of people using data from 21 different government institutions and universities in seven countries.  Their journey across southern Africa, the Arctic and into Garfield County, USA, exposes some of the most fracked places on earth, laying bare the truth about gas drilling.

Mira Dutschke brings a decade of legal research experience from the human rights sector, focusing on how this industry affects the rights of vulnerable people. Together the two dissect the arguments of drilling proponents, lay bare the real dangers of this industry and bring this powerful documentary to the world in 2015.” 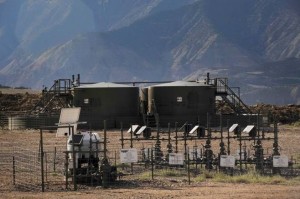 Mira and Jeffrey talk with Telana about the issues and current developments that their research has found about this controversial issue of fracking and the oil and gas industry in Africa:

Here is the list of organizations mentioned in the show, that are working on the issue of  hydraulic fracturing, where you can voice your opinion and support them in their efforts:

The past Let’s Talk Possibility episode about fracking in Canada can be found in our archive here. 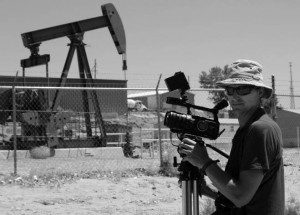 The High Cost of Cheap Gas is a story about how the lessons learned in Colorado’s west can help inform smart decisions about to control hydraulic fracturing as it starts to roll out across the world.  Presented and directed by Colorado native Jeffrey Barbee, he and Producer Mira Dutschke travel around the world in search of the real facts behind this controversial business. From secret drilling operations in Africa’s best protected parks to new information about how fracking affects unborn children in Parachute Colorado, this is a hard look at an industry that is globalizing. Distributed through the Basalt-based not-for-profit foundation Alliance Earth, this film shares the hard lessons learned from gas drilling in our arid west with the rest of the world.

The film is being taken on tour in 2015, and will be screened in the Roaring Fork Valley in March, with more dates over the summer as well as talks by the Director.  Jeffrey and Mira are also looking for venue suggestions and event possibilities. 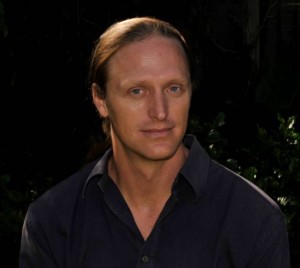 Producer Mira Dutschke has a masters degree in Human Rights Law and 10 years international research experience. Currently she is producing media investigating human rights and environmental issues. She is a also a part-time lecturer at the University of Cape Town, teaching human rights and advocacy for the Masters in Child and Maternal Health.

Previous post
How buildings can be regenerative to the planet, with Ken Stucke : Ep 124
Next post
How we can Feed the Hungry & become Food Secure, with Glenn Ashton : Ep 126