Home/Bullying and Compassion
Previous Next

By Sphumelele Cele [everyone calls her Pumi]

Bullying is the use of force or threat to abuse, intimidate or aggressively dominate others.

The effects of bullying

It was almost 7 weeks of my having been employed at this company and I already had three minor clashes with a fellow male co-worker. One day it reached boiling point and I ended up fighting back, physically.

This incident led to fellow co-workers taking time off their daily tasks to write the required statements, hold several meetings and finally a disciplinary hearing that was chaired by the company lawyer and attended by two senior management staff.

Through all of this, there was obviously the usual office chatter about the incident. I was not permanently employed at this place and I already had the spotlight on me for all wrong reasons.

Looking back, I realize that I did not know that a workplace bully existed.  I mean, we were adults in a civilized environment so this didn’t seem like bullying in the traditional sense. All I felt was belittled and demeaned for being new, different and an outsider. 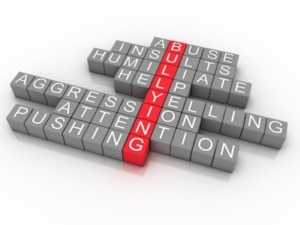 In my mind I equate the word bully with weakness, someone who needs to inflate their weak self-esteem at the expense of others and under normal circumstances I would never allow such a person to affect me. If I had recognized this person’s behavior for what it was, I possibly could have detached and denied the bully the reaction and attention he craved.

That was my most extreme bullying experience, a recollection of my reaction and what I wish I had known at the time.

Other cases are far worse.  In fact Monica Lewinsky’s most recent TED talk titled “The Price of Shame” mentions Tyler Clementi who was filmed by his university roommate while being intimate with another man. The video went viral and he became a target of cyberbullying and humiliation. A few days later, Tyler ended his own life as his way out. Although suicide is often too complicated to be blamed on a single incident, bullying and shaming can cause an unsupportive situation to rapidly escalate.

Are you being bullied?

In some instances we recognize that we are being treated unfairly but cannot appropriately label the situation. These are the most common types of bullying:

Sue Anderson is a life coach and trainer who is based in Australia and is on a mission to help 1 million people to choose to be unbullyable.

She teaches techniques that empower targets of bullying to choose how to respond. She outlines that the target is neither hopeless nor helpless and they control their power, meaning they choose how they think, what they say and what they do when faced with a bully.

So no matter what is happening in their external environment, the target always has a choice not to allow the bullying to affect them or diminish their self-esteem.

In her book titled Unbullyable, she gives simple and practical bullying solutions for parents and kids to work through.

RELATED ARTICLE:  How to stop being bullied

I was more than reluctant to watch Monica Lewinsky’s ted talk, mentally I was on the same bandwagon as anyone who has pre-judged and branded her. But as I watched the video, my perception was turned inside out.

I got to hear and imagine just how dark her days and years were as she was humiliated and dehumanized by the media, as well as the public, on a worldwide platform.

I put myself in her shoes and tried to imagine just how hard it would have been for me personally to go through my life’s deepest horrors, publicly. I honestly don’t know how I would have fared.

But over a decade later she has emerged, surviving as she recalls, on empathy and compassion from loved ones as well as strangers. As a result we get to bear witness to her resilience and recovery from the most infamous case of public shaming.

We all make mistakes.  None of us are perfect and our privilege of privacy should not give us a moral right to persecute.

Instead we should always remember that before we retweet, share or like certain material on social media, there is a human life suffering behind the scenes. 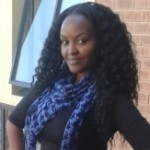 Pumi is thriving and working toward all things that better her life.
She’s a consultant by day.
By nightfall she’s a blogger and writer who intends to reach women with the motto “Fill your cup first, Take care of yourself first.”

By Inner Coaching|Apr 16th, 2015|Articles|Comments Off on Bullying and Compassion