Coaching Case Study of a Director

Home/Coaching Case Study of a Director
Previous Next

Coaching Case Study of a Director

When I met BP, he was a Sales Director, following having run his own company for a while. He felt he was fighting his way back to find himself, after the life altering experience of having to close down his company. With losing his business, he felt he had lost his self confidence and esteem, his personal sense of power and was feeling battered and like he had climbed into a shell.

He avoided confrontation, would listen more and talk little, and so wasn’t voicing his opinions at work. He felt that due to him being reserved, he was not being recognized for the contribution he was and could make to the company he was now the Sales Director of. 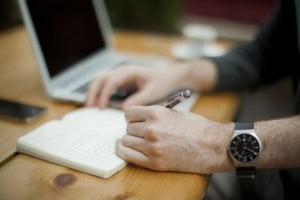 He would disappear into a crowd and feel left out of conversations, especially at networking opportunities where he needed to be forging connections and creating sales leads for the business.

We uncovered a pattern of thinking very broadly and globally, which resulted in difficulties in managing and mentoring his sales team, and assistant staff, and in challenges in communicating clearly to get others on the same page as him.

During the coaching we worked on gaining flexibility with his thinking patterns, in particular knowing when to be more detailed, and we developed frames around having a robust and healthy self-esteem.

As he became more purposeful and thought more of the details of what he wanted to communicate, so he realized that it was within his power to improve being understood by others.

BP became more decisive, and noticed he was speaking up more in groups, connecting more with people and engaging more, especially at networking events. His confidence showed in how he was introducing himself to others, and was expanding his network to play golf with, and his friends even commented on how he seemed his old self again. He described his biggest breakthrough in the coaching being having his self confidence back, and now enjoys walking with a sense of purpose and confidence.

He has found his way of mentoring his team to improve the sales process, and he says what he needs to say, noticing that difficult conversations have “just become easy and roll off his tongue”.

He achieved 100% of his outcomes set for the coaching programme, and knows he is on the right path for the continuing journey of being the best that he can be.

You too can experience this type of growth and change in 5 months, so book a Readiness Session with me, Telana, to find out how.

By Inner Coaching|Feb 20th, 2015|Articles, case studies|Comments Off on Coaching Case Study of a Director