The Power of saying NO!

Home/The Power of saying NO!
Previous Next

The Power of saying NO!

How do you feel about the word “no”?

It’s just a two lettered word. However it has a lot of power in it – such power that its use has often been tabooed.

How frequently do we say “yes” to a request of our time and/or resources, when we really wanted or needed to say “no”? And we said “yes” rather than “no” because we didn’t want to hurt that persons feelings, or we think it’s rude to say no, or its shows that we don’t care if we say no etc. There are a myriad of beliefs behind why so many people don’t have permission to say no. 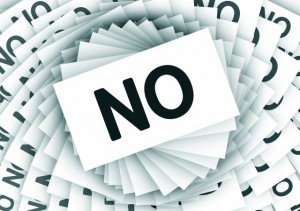 Two of our most basic instincts is that of letting in to our life things that are good for us, and that of not allowing in things that are not good for us. In order to survive we need to exclude and include, and we need to do so selectively. For example we need to say yes to food and warmth, and no to putting our hand in the fire or standing on the edge of a cliff that we might fall off.

Learning and experience tends to teach us what is good to say yes to, and what we should say no to, so that we can survive. We use these powers to not only physically survive, but also emotionally and mentally thrive. Saying no to someone being abusive of us and yes to a relationship that nourishes us are higher levels of these instincts, or powers.

So what happens that we find it so difficult to exert this power in our lives today? We’ve been conditioned.

Each of us has had a very distinct conditioning which has developed the set of filters and beliefs through which we see the world. It’s these filters – our beliefs, values and the meanings we give to things – that create our perceptions of how we should act in the world. These filters are developed as we grow up based on how we were brought up, the people we learnt from in life, the experiences life sent our way, the type of school we went to, historical events we lived through etc. Our culture, teachers, parents, society, the media, books we read, movies we watch etc all condition us to think in certain ways.

So for many people we have been conditioned to not have permission to say “no”. How often do we hear parents say something like “how dare you say no to me- I am your parent!” teaching the child that it is not ok to exercise their power to exclude something.

Ah, yes, I hear some of you saying “but the child is so young and doesn’t know what is in his/her best interest. I have to make decisions for the child!” Yes, we do need to guide our children and help them learn the ways of society and what is healthy for them and not.

Perhaps it would be more useful though to find out our child’s reason for disagreeing with us, or to explain consequences of choices rather than making it wrong for the child to say no. If we have conversations that explore rather than dictate, and allow the other person to exercise their decision making powers of saying “yes” and “no”, we empower others to be able to speak their truth and stand in their integrity.

For me I would much rather have a person say “no” to a request I make of them, then have them say “yes”, and then not follow through and end up letting me down on delivering something, just because they didn’t want to hurt my feelings by saying “no”. Likewise, I am doing a person more of a service by saying “no” in a respectful way to their request of me, if I know that I cannot deliver on it, or it would be to my detriment to say “yes”.

This is a fundamental principle in changing beliefs. We hear over and over that it is our beliefs that create our reality, that is, that what we think has a big influence on the quality of our life. How often do we find it difficult though to change our thoughts, let alone our beliefs?

Beliefs are thoughts that we have said “yes” to and found evidence to support, and done this repeated so that they become so ingrained in us that the appear real, and we forget that they are just ideas.

By having the resource of allowing ourselves to say “no” we now have in our awareness or tool bag of resources, the ability to say “no” to a belief so that it looses its power.

We can then say “yes” to a thought that is far more empowering to creating the experience of life we desire, and turn it into an empowering belief to use to run our brains, and hence our life.

To you exercising your power of saying “no”,
Telana 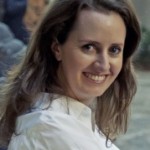 Telana is a dynamic, transformational Personal Coach and Blogger who specializes in communicating and relating.  She is fascinated by consciousness evolution and goes on adventures to push her boundaries and preconceptions.  She offers coaching and training programmes to help individuals develop their ability to express themselves and their potentials and improve their relationships, and is a host of an online TV show.

By Inner Coaching|May 21st, 2014|Articles|Comments Off on The Power of saying NO!