Home/Case Study of our Live Coaching Programme
Previous Next

M.R. is a Sales Manager for a large organization, and is a mother of three, studying for her MBA and driven to advance her career towards becoming COO. Yet she knew that she would need to grow in a few areas and develop her communication skills to achieve her ultimate goals.

She experienced a fear of confrontation, and so steered away from asserting herself or speaking up, and found that others walked over her and she battled to get her team’s buy-in and get them on board to her sales strategy. She also felt language barriers intimidated her, and feared talking in crowds, so let others take the lead in meetings with clients and in giving presentations. This fear of public speaking impacted not only her work role significantly, but also her private life where she wouldn’t give speeches at family gatherings or her children’s parties. 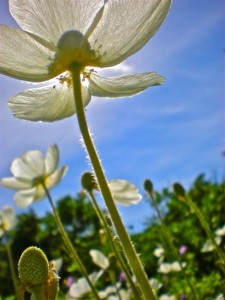 She also received feedback that she came across as aggressive and too much of a driver, pushing for her way and her time-frames, which was experienced as negative from her colleagues. This behavior pattern played out with her husband too, in that she was very hard on him and a driver at home as well.

She described herself as self-conscious, nervous and lacking in self confidence. This involved as well a lot of second guessing herself, feeling internal stress, and a lack of belief in her abilities, including her abilities to close deals and manage her staff.

Juggling her many priorities and managing her time was also a challenge, and she found herself travelling a lot for work and working extremely long hours to keep up with her and study demands, and was not getting to look after her health and family in the way she wanted to.

During the coaching we worked on her self-esteem which led her to understanding that she had been so driven in order to prove her worth, and by rather delinking her worth from her doing (work and studies) and having a healthier sense of her self-esteem, the stress was alleviated. She is still a high achiever, but is driven from a place of contributing and adding her value to her company. This also helped her overcome the fear of failure, and to rather see any possible mistakes as learning opportunities.

This showed in that M.R. went and re-negotiated her work travel expectations and hours to suit her more as a mother and wife, and still make her valuable contribution to her organization. Thus with the support of her manager she is able to also meet her other priorities in her life.

During the live coaching part of her programme she was observed in meetings, and the feedback was valuable in that it opened her to how she was coming across as aggressive, and gave her new choices in how to relate with others and put her opinions across. She understands the balance between not being too soft and being aggressive, and has found her assertiveness.

“…challenging yet good to receive. Seeing myself the way I don’t normally see myself, that is to see myself through another person was beneficial. If I didn’t get that slap of reality I wouldn’t have learnt.”

It also developed her skill of how to receive feedback, which was important too in her learning how to give feedback to her team. She became more precise in her requests, delegations, and the deliverables of her team and what was needed from meetings. She learnt to adapt her style of communication to be more influential, and be more aware of reality and thus more empathic to others. This contributed to her improving her relationships with her colleagues and direct reports, and her ability to manage her team to achieve their targets.

She also gained flexibility with her thinking styles, of counting what was working and helping her (rather than discounting and seeing the worst in situations) and also with black/white thinking, to be able to manage more complexity and multi-dimensionality thinking.

Her self-consciousness changed to increased self confidence. She doesn’t take things personally and is able to raise more topics, stand up in front of groups, ask questions, and have constructive and challenging conversations. She is less of a people-pleaser and is able to put boundaries up and stand up to strong people, and even those who she had previously experienced as being bullying. She leads presentations, gives talks often, and is comfortable participating in meetings that are bilingual.

The work on self esteem and relationships was the most important to her, as it turned around her relationship at home with her husband completely. She feels that the skills she gained through the coaching have led to her now giving herself more opportunities.

You too can experience this type of growth and change, so book a Readiness Session with me, Telana to find out how.

By Inner Coaching|Jun 18th, 2015|Articles, case studies|Comments Off on Case Study of our Live Coaching Programme