Home/Case Study of overcoming fear of Public Speaking
Previous Next

When I met my client KW, a successful entrepreneur, businessman and father, he did presentations and public speaking as an important part of his new venture. He always felt very nervous, concerned about what he was going to say, if his message would come across okay, and if the audience would respond. He had a fear of public speaking.

Through the coaching, we uncovered that the underlying feeling and frame of mind for KW was that he felt he had to prove himself. If the talk failed then he was a failure and not good enough. Thus he put huge pressure on himself and this was evident in the level of anxiety and nervousness he experienced before any event. 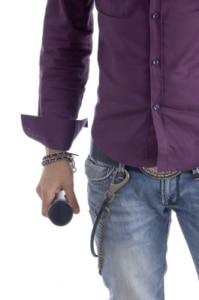 KW always did well in his presentations and talks, but his experience of them was a very negative, uncomfortable and difficult experience, which drained him of a lot of energy.

Once we’d coached around him changing his frame about self esteem, so that he now had a strong self esteem and felt he had nothing to prove and everything to experience, and that he had an important message – his message – to share, he is taking his business to the next level. He hired a PR firm and set up to do a talk at an Expo with hundreds of people in the audience, where he had two celebrities on stage doing his demonstration with him.

His levels of nerves were far less, and he found his nervousness useful to him in that it kept him alert, which he used to his advantage as this was the first time he was doing his presentation in this new format. He focused on his message and it went so well, they went 45 minutes over their allocated time, and got a standing ovation. He, his new celebrity friends and the audience thoroughly enjoy the experience, such that he even thought it was a pity the audience wasn’t bigger.

KW has since also made a number of appearances on TV and was interviewed in the media, and has found that his confidence has grown and he no longer dreads his public speaking opportunities.

You too can experience this type of growth and change, so book a Readiness Session with me, Telana, to find out how.
Image courtesy of imagerymajestic / FreeDigitalPhotos.net