How to have a difficult conversation with your Best Friend

How to have a difficult conversation with your Best Friend

It felt like one of those classic scenes from a movie. I moved something off the table, and a hidden postcard fell onto the floor.

I was backpacking at the time around Europe with my best friend, and we were spending a lot of time together, exploring foreign countries, having new experiences, finding ourselves as young women.

The postcard was from her addressed to a mutual friend back home. It was mostly full of complaints about me. 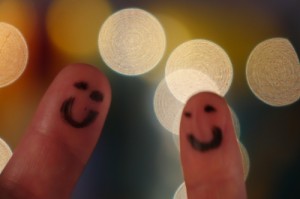 We had been inseparable throughout high school, even found jobs at the same company after university, planning our trip for months during lunch breaks.

Yet I was oblivious to what she described as my “indecisiveness” and the impact it had on her. And I learnt of it through the postcard.

It was not only a shock to discover this, but I also felt sad that the one person who I thought was on my side, who I could count on, couldn’t even find a way to talk to me, and would rather talk about me to someone on the other side of the world through a postcard.

When she realised that I had seen the card, (whether she was intentional in me finding it, or it was an unconscious way of trying to reach me, or just a fluke) she finally said we had to talk and out it all poured.

I heard her, and took her view to heart in that it helped me realise just how unassertive and overly compromising I had become. In hindsight, a lot of that unsure behaviour, the lack of belief in myself, and not knowing how or when to make decisions, had come from a past dysfunctional relationship that had ended just prior to us leaving for our travels.

The information was a life-line to me. It helped me process the past relationship and start finding myself again, and learning how to speak up for myself.

My only wish was that my friend could have had the resources to have told me sooner, as our friendship and travels only got better and more fun from that difficult conversation on that pebble beach in Nice.

Here are some pointers on having difficult conversations that I wish my friend and I would have known all those years ago, as it would have helped both of us in so many ways.

Let’s say your closest friend has started becoming very negative. She’s always badmouthing others, talking behind their backs, moaning about her partner, complaining about her job, and just being such a drain. You can’t even recall a smile from her, or when she last laughed and enjoyed herself. It’s got so bad you’d rather not spend time with her and are running out of excuses to ignore her calls and decline invitations. What do you do?

Then call her or create a gap when the two of you are alone, and explain that something is bothering you and you would like to make a time to talk with her about it. Find a time that suits you both to meet face to face, just the two of you, in a private or comfortable place.

That way she knows you are on her side, and are concerned for her as you know her so well, and thus are guessing that something has changed, something is going on because she’s not been her usual fun and loving self.

Chances are something is going on or happened that led her to this pessimistic outlook, and she might be too close to it to realise how pervasive it has become.

Your loving feedback could be a life-line for her (just as my friends clumsy postcard feedback was for me).

You can also remind her that you’ve been through so much together, and this is just another one of those things. Let her know that you value her opinion and honesty, and trust that she would want the same from you.

And affirm again how you are there for her, and want the best for her, and not to see her in what appears to be such an unhappy place.

This can open the conversation up to helping her make some realisations, or to admitting what might be going on in her life, that she has been in denial about or hiding.

And it can then lead to looking for solutions and ways forward for her, even if the answers don’t appear right away.

Sometimes just realising what’s going on, and having that mirrored back to us from someone close to us, can be a big turning point for us.

And believe me, from someone who valued her best friends honesty when it finally was shared in a clumsy way, your friend is most likely to also feel grateful for you being the one talking to her, even if it was difficult at the time, and hard to hear.

As Henry Ford is known to say:

“My best friend is the one who brings out the best in me.”

Be a true friend, and bring out the best in your best friend by having the tough conversations when needed.