How to have a difficult conversation with your Child

How to have a difficult conversation with your Child

When a writer for a magazine asked me to comment on an article she was writing about having difficult conversations with your child, the scenario she put forward brought up my own memory of a similar situation I had with a cute boy and my mother.

As I put on my daughter hat, and with hindsight all these years later, the pointers I am about to share would have saved me a lot of fuss and years of wondering about ‘what could have been’. And it might have helped me to learn my own lessons about intimate relationships a lot sooner. 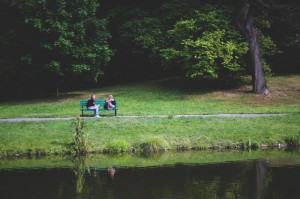 From the moment we met, this guy and I had a strong connection. However my mom felt that he wasn’t “right” for me and came with “extra issues” from his own life situation. Yet as a young teenager, with little experience with boys, all I could see was the connection and its accompanying excitement.

So when he asked me to go steady through a beautifully hand-written letter (cell phones and emails were not around in those days!), and I mentioned it to my mother, I got the “not under my roof”, “you need to focus on your studies for Matric so there’s no time for boys”, “he’s not for you” kind of talking to. And I say “talking to” because due to my timid nature, awkwardness with boys, teenager mind of obedience, I didn’t feel like I had a voice.

For many years I wondered “what if?” about this boy, and felt that I had made a mistake in declining him. So when, on my travels overseas, I reconnected with this boy, now a man, all the old feelings were still there, and we started a long distance relationship. I even returned home for a holiday to spend time with him. And it was only through me engaging with him in a relationship that I myself learnt what I needed to from that relationship, and that I myself could see that he wasn’t right for me. My “what if?” questions were answered.

My wish is that the below kind of conversation had taken place with my mother all those years ago, where I would have given myself the chance to work through whatever I needed to work through with this man, and I had the opportunity to learn the skills of balancing studies/work and relationships earlier with the support of my family, rather than entrenching the either/or thinking style that plagued me for years, interfering with my health, relationships and work.

So here are my pointers for parents today in a similar situation, about how to have a difficult conversation with your child.

Scenario: Your child is making the wrong decision

Let’s say the scenario is similar to my own story, in that your daughter is making a life changing decision. She’s lived with you for the last 20 years, and spent a lot of that time studying too. You feel you know her inside out and so when she brought her boyfriend home for the first time, you felt uneasy. Yet you decided to be fair and give him a chance.

As the time went by though, your first instinct seems to be right. On the other hand your daughter has grown more and more attached to him, and how he’s asked her to marry him. You so feel she is setting herself up for a miserable time ahead, as he is really not the right guy for her.

How do you handle this?

As with all tough conversations, the basics that I’ve mentioned in my first article in this series, still applies here.

Then with those basics in place, for this particular situation start by inviting your daughter for some mother-daughter or father-daughter time.

Choose a neutral space and a convenient time for both of you, and let her know you want to discuss her future and her relationship. Make it just the two of you, and not you and your husband/wife so she won’t feel ganged up against.

You might find that you get a very different perspective on her boyfriend, and on their relationship itself, and that possibly she will also learn more about her relationship, from this kind of non-judgemental (and so less defensive) conversation.

What don’t you say?

Build the Relationship by keeping the doors open

It is possible to have this conversation without damaging your relationship with your daughter, and helping her to make the best decision for herself and her own growth.

And to do that you need to respect her ultimate decision, no matter how painful it will be for you.

By all means share your point of view, but respect that she is a woman now and ultimately must make her own choices (and mistakes) in life – that is her journey, her responsibility, and her growth opportunity that she needs.

Focus on letting her know your reservations, and what, from your experience, leads you to feel that way. Let her know that you will always be there when she needs you, even if you disagree with some choices she makes.

That shows you are giving her the responsibility for her life, and that if she realises she has made a mistake, she can always turn to you for help and support. This will also give her the space to own that responsibility and think about what she is choosing, and not push her to try to prove you wrong.

In other words- the focus is on her making her own decisions, not being defiant and rebelling against you, her parents.

And hopefully then she will make her own mistakes sooner and learn from them quicker. And she will be able to seek out your support and guidance openly and wholeheartedly, trusting your input more in the future.

Just like I would have liked to have experienced on my journey of growth in the world of intimate relationships.

Be real,
Telana
(Thank you Mom for this valuable lesson in tough conversations for parents. I love you!). 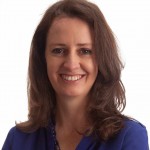 Telana is a dynamic, transformational Personal Coach and Blogger who specializes in communicating and relating.  She helps people have no regrets in life by having conversations that count.   Follow her on Twitter or her podcast show, Let’s Talk Communication.

By Inner Coaching|Mar 25th, 2016|Articles|Comments Off on How to have a difficult conversation with your Child