What I learnt from an Ex-Gangster about Emotions

What I learnt from an Ex-Gangster about Emotions

I had tears in my eyes as he said “I’d tell him to learn more about emotions”. I was blown away by the simplicity yet profoundness of that statement. 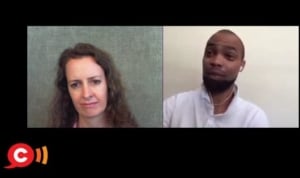 Having scuffled through my own battles with my emotions over the years, and learning that their expression in a healthy way was a key part of healing myself – both my soul and my body – his words resonated deeply.

I had spent the last hour talking to Franklin Esau, a SmilingOne Change Agent, about his journey. He grew up in gangs in a troubled part of our country, South Africa, in an area which was classified by our government as “high risk” due to being saturated with drugs, crime and gangsterism.

Franklin had got involved in crime from an early age, and progressed to car hijackings, and his bad choices culminated in playing a part in a murder which resulted in him being imprisoned. Yet today, he is a transformed and free man, contributing positively to society, and facilitating other convicts through the same powerful programme of change that transformed his life.

I had asked him what one piece of advice he would now give to his younger self, the 20 year old Franklin, knowing what he knows now. And his words touched me deeply. He said he’d want to go back earlier to his ten year old self and he’d tell him to develop his emotional intelligence. He’d tell himself: “learn more about your emotions”.

Reflecting on what Franklin shared, and specifically his last statement, it reinforced for me how critical it is that we teach our children about emotions from an early age. And how our own level of emotional mastery will be a key part of how we are able to help our children. We can only teach what we have learned. 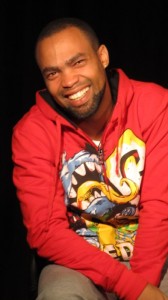 Franklin Esau of The Smil-ingOne Foundation

Franklin though had to go to prison to learn about his emotions. This was the area he really struggled with as a child, and in prison he found examples of men who demonstrated emotional intelligence, and were able to talk about their feelings. These Men introduced him to the programme The Responsible Individual (TRI), and this was a significant turning point for him.

He then joined TRI, presented by SmilingOne’s NPO initiative ‘The SmilingOne Foundation’, that these men were involved with as Change Agents in the making. Through it he came to comprehend that his emotions where the most useful pathway to understand what goes on around him and inside of him.

His emotions were the keys for him to learn about who he was  – not who he thought he was. The latter thoughts were influenced by the harsh environment he had grown up in, and filters he had been conditioned to see the world through, which led him to then mis-interpret so much of the “role models” he looked up to, like the rap celebrities and other gang leaders he was exposed to.

Today he knows that most of what goes on in his life isn’t about others. They are just the triggers that show him more about himself, through his reactions to them and the situations they find themselves in.

“Emotions are a part of me, it’s not a factor of good and bad, it’s what I have inside me” he explains. The unconscious meanings and concepts that we live with (which are often learned from our upbringing and conditioning) are shown to us by our emotions. As Franklin clarified, the engagement that he has with life is shown to him through the mechanism of his emotions.

“Emotions are my body responding to the flow of life. And sometimes there is gonna be tears, sometimes there is gonna be laughter, but I definitely understand now that emotions are a part of me to keep me fully in the situation, and fully in life. Because I need to feel it with all sides of myself. Am I happy inside? Am I joyful inside? Am I sad inside?”

Franklin understands now that feelings are the signals that are attaching us to the depth and the core of ourselves and they connect us to life around us.

In the cognitive behavioral sciences of NLP and Neuro-Semantics that I have studied, emotions are explained as the signals that show us that there is a difference between our perceptions or expectations, and the reality of the situation we are in.

What’s actually happening is our body is registering a frame of mind that is being reinforced or challenged by an external event.

Each of us has a very different perception of the world, of reality, based on how we were brought up, the people we learned from in life, the experiences life sent our way, the type of school we went to, historical events we lived through etc. So we each end up with a very unique set of frames of mind, which lead to our individual way of perceiving the world around us.

So much of this conditioning is an unconscious process, and yet we have this amazing mechanism of our body feeling a type of energy in motion in it, or e-motion, that is there to bring to awareness what is unconscious.

Our emotions show us, if we use them as signals, more about how we have constructed our map of the world, the frames of mind and the meanings and beliefs we operate from, and even the wants and dislikes we have. When we are disappointed, that emotion is often showing us that we had an expectation (or need) which wasn’t met, and it was to do with something that we value as important. If we weren’t as disappointed, then that event or need wasn’t that important to us.

Thus our emotions are just signals, and are not good or bad, just sources of information. What we do with that information is where the good and bad comes in.

Franklin commented that “even the hurt is not bad, it’s my trigger”. He knows that by leaning into a feeling, he can learn more about the core of his self. And the energy of that feeling can be intense so that it gets our attention, and gets us to then pay attention to it– or as I say, become aware or more conscious of what is happening in us and around us.

And it’s a lifelong practice that we all need to be living. So that not only can we navigate through our life more consciously and with more consideration for the impact we have on those around us, but also we can be the examples to our children of what it means to be responsible individuals, continually learning about our core selves, and using our emotions to help us do just that.

Franklin spoke often about making choices in life, and you can’t help but wonder that if the 10 year old Franklin had had some access to some way to learn about handling his emotions, that an innocent man driving his car home to his family one night would not have been highjacked and killed. The ripple effect of learning one skill – and specifically this skill of emotional intelligence – is tremendous.

>>Hear the full podcast of Telana’s conversation with Franklin Esau here: Part one and Part two

This article was first published as part of EQ.org’s 2015 Vitality Conference.  Find out more about the EQ.org and their work in promoting emotional intelligence.

About the Author: Telana Simpson 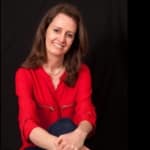 Telana is a Courage Coach and author, helping people to be brave and shine, and live a life they love.  She coaches executives, individuals and entrepreneurs to have conversations that count by finding their authentic ways of communicating and expressing themselves and their inner potentials.  She specialises in true self-esteem, controlling emotions, overcoming self-consciousness and the fear of failure, handling conflict, fear of confrontation and developing relationships. She is fascinated by consciousness evolution and goes on adventures to push her boundaries and preconceptions.  She is also a possibility believer and is currently turning one matchstick into an office, to help start ups overcome the fear of failure.